To have the optimal experience while using this site, you will need to update your browser. You may want to try one of the following alternatives:

Do you need to Ozone your Commercial Property? 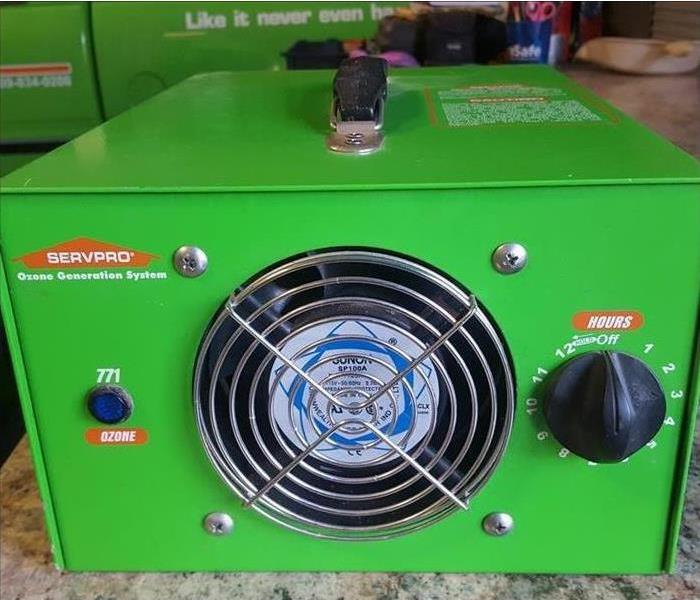 Commercial deodorizers may help fight some airborne pungent odors, but to eliminate other foul odors, it may be necessary to do an ozone treatment. Ozone is used to destroy undesirable smells just about anywhere, in full-time and vacation homes, apartments, basements, nursing homes, cars, trucks, buses, boats, classrooms, locker rooms, offices, and gymnasiums. Ozone is also approved by the FDA to be used in food processing plants to scrub yeast and mold spores from the air because of its great deodorizing and disinfecting abilities.

SERVPRO'S ozone generators are extremely effective because they produce O3 which attacks odors at their source, even if they are clinging to walls, fabrics and ductwork. SERVPRO ozone generators intentionally produce the toxic gas, ozone, that is used for commercial and residential applications. When contaminates such as odors, bacteria or viruses contact ozone, their chemical structure is changed to a less odorous compounds. As more ozone attacks the remaining compounds, they are eventually destroyed. This process is called oxidation. Ozone essentially reverts to harmless oxygen after it is used.

So, if you are dealing with smoke odors, pet odors, musty odors, tobacco odors, or food and cooking odors? Give SERVPRO® of Blackfoot/ Pocatello a call at 208-242-3819.

SERVPRO™ of Blackfoot/Pocatello specializes in the cleanup and restoration of residential and commercial property after a fire, smoke or water damage event. Our staff is highly trained in property damage restoration. From initial and ongoing training at SERVPRO’s corporate training facility to regular IICRC-industry certification, rest assured our staff is equipped with the knowledge to restore your property

Have Questions about Ozone treament? Call SERVPRO of Blackfoot/Pocatello Today – 208-242-3819